I don’t usually do posts like these, because this isn’t a business blog and I’m no expert.  But I had an experience today that I feel deserves a blog post, and as I have reminded you so very many times before, this is MY blog and I do what I want.  Okay?  Great.

Today, one of my co-workers asked me if I was interested in grabbing lunch at Larkburger, a local burger joint that is SO much more than a burger joint.  Since I moved to Boulder a few years ago, I have long admired Larkburger for their incredibly high-quality food, great service, and attractive interior (what can I say, I’m a sucker for a nice appearance – but as a rule they go much deeper).

My co-worker, Christina, had an experience a week or two ago where her order wasn’t perfectly executed – she took some of her employees out for lunch and a few things came out wrong.  After her experience there, she emailed the restaurant to let them know.  The manager, Ceasar, sent her an email apologizing, and encouraged her to come in for a meal on Larkburger whenever the urge might strike.  I want to jump in here and say how much I love this tactic – giving someone a free item that encourages them to return to your place of service is a great way to get their foot back in the door if they’ve had a bad experience.  Christina was in no way threatening to leave them as a customer forever, but simply had a worse-than-usual experience – but they treated her with all the glory of someone who puts up a legitimate stink AND got her back in the door.  It’s a great way of doing business.

That urge struck today, and we went over to Larkburger right around the lunchtime rush.  Christina explained what had happened to the cashier on duty, who promptly went and fetched Ceasar himself from the kitchen.  Ceasar, without fail, thanked Christina for coming back again, and also mentioned that he had wanted to send free meal cards to the two employees she had taken to lunch but didn’t have an email address.  He handed her a few free cards and asked her to pass them along – and then thought better of it, instructing her to keep them for herself and that he would personally follow through with both of the other employees from that day so that he could apologize properly.

At this point in the story, allow me to remind you that this had been a simple, one-time lunch screw-up from a restaurant that in my experience rarely makes mistakes – even with complicated orders.  Nobody got food poisoning.  Nobody was yelling.  The other two employees hadn’t even complained, but that was irrelevant to the manager: he was absolutely determined to make this right, and then some.

Both of our meals were comped (even mine, even though I was just freeloading), and were delivered to us just a few minutes later – along with extra fries and milkshakes for both of us.  Ceasar checked in to make sure that we were happy with what he had brought us, thanked us again for coming back to Larkburger, and then went off to do his job.  He checked in on us again five or ten minutes later to ensure that we were happy, and also dropped off two free meal cards for me – just because I was there.  Allow me to repeat, I was only freeloading – just collateral damage.  He didn’t care.  I was just another person whom he had the ability to make happy, and turn into a returning customer (even though I already am one).

At the end of the meal, Ceasar – again, the manager of the whole place – returned again to check on us and clear our table.  Larkburger is NOT a table service venue – you order at the counter, they bring over your tray based on the number on your table, you devour and throw away the food – end of transaction.  Not today.  Today, Ceasar returned, ensured once again that we were happy and satisfied with our meal, thanked us one more time for coming in, and then bid farewell to us by name as we left.

As someone who works in customer service, I feel absolutely compelled to spread the word when I have experiences like this.  While no company has a requirement to go above and beyond, creating a customer experience like the one we had at Larkburger today is an amazing way to create evangelistic customers and to gain a reputation not only for high quality, but for that fleeting, hard-to-pin-down idea: doing the right thing.  The comment I made to Christina several times today while we laughed over our burgers at being treated like royalty was that Ceasar had absolutely not a care in the world about whether or not his actions were in any way over the top – he was just absolutely, 100% committed to reversing her initial bad experience and making it right.

It blows my mind to consider what some companies could do to their reputations if their employees were given enough autonomy to make things right the way Larkburger and SurveyGizmo (where I work) do – how many dormant evangelists could be instantly activated based on experiences like these, forming grassroots marketing campaigns for local and national businesses based on making a simple, real human connection with another person, and feeling their innate want and need to truly make things right.  If you’re in the area, go to Larkburger.  Support businesses like these so that the places that don’t provide these experiences aren’t the ones to thrive – we deserve better.

If you’ve had experiences like these, please leave them in the comments!  These businesses deserve to be celebrated.

1 thought on “The Best Customer Service Experience, Ever (or one of them)” 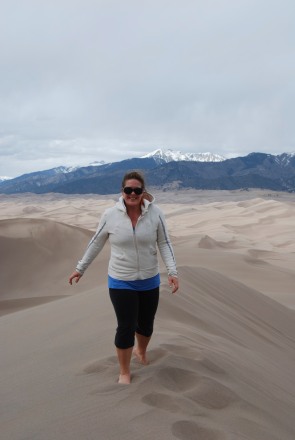